Updated: 03.21.2020. Update KB4541335 is available to members of the Windows Insider program with the priority of receiving Release Preview updates.

Install and configure Windows 10 updates
Download update
You can also download update KB4541335 from the Microsoft Update Catalog and install it manually at the link below: 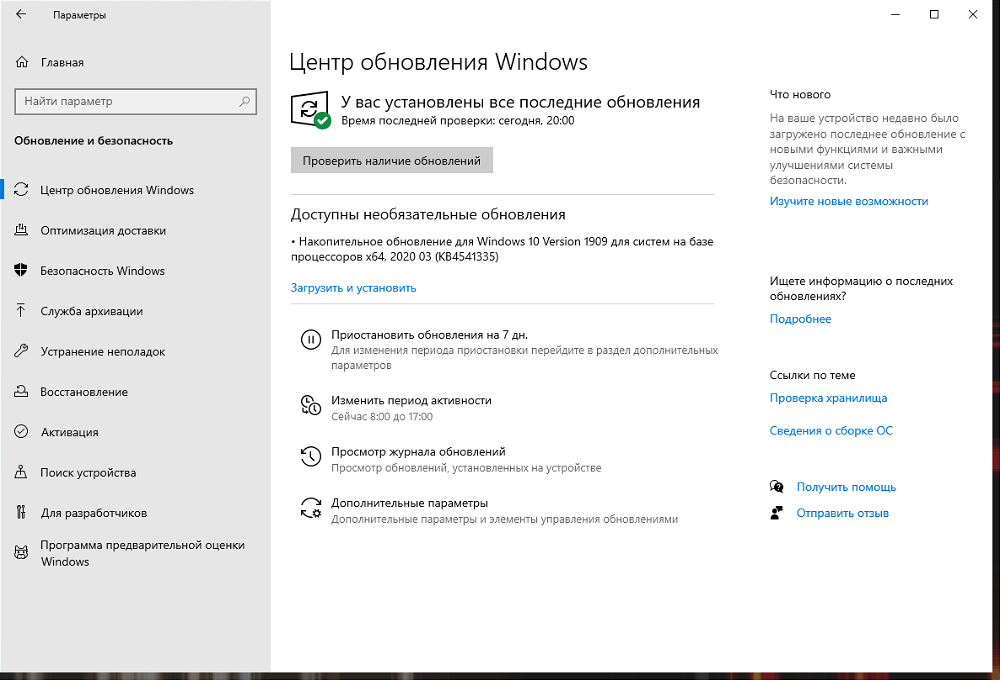 Correction of the problem causing the error when printing documents in the public domain.
Fixes a performance issue in applications that occurs when content protected by a digital rights management system (DRM) is playing or pausing in the background.
Correction of a problem that does not allow the mute button to work on some devices with the Microsoft application “Your Phone”.
Fix an issue preventing apps from closing.
Correction of the problem when choosing the Samoa time zone, which leads to the appearance of calendar dates with the wrong day of the week in the clock and date area in the notification panel.
Fixes an issue that causes applications to close unexpectedly when a user enters East Asian characters after changing the keyboard layout.
Known Issues
Microsoft is not currently aware of any issues with this update.
If you installed previous updates, this time only new changes in the composition of the rollup package will be applied.